Contact us to see full catalog
Avi Ben-Simhon has been passionate about his art for as long as he can remember. Growing up in a poor family, at the age of six, he would find himself drawing on newspapers with charcoals, while other kids were playing in the park. One day he decided to bring home one of his masterpieces. Although he was petrified of his mother’s reaction due to the dirt of the charcoals Avi stood trembling with both arms stretched out presenting his drawing. Instead of a slap, which he expected, his mother bursted in tears at the beauty and talent of she discovered in her son. Today Avi Ben-Simhon is one of the most famous Israeli artists, represented in over 100 galleries worldwide.

Playful and imaginative, Avi Ben-Simhon’s paintings seem to come from another world. The interplay of colors, the extreme textures and joyful subjects are a wonder to behold. His work is the culmination of artistic excellence. Avi has managed to create contemporary masterpieces that evoke a spirit of hope and convey a sense of warmth. The dramatic, powerful images and forceful colors are dominant in his oeuvre and express a joy of life.

“The inspiration for my work comes from within me,” he explained. “I am not trying to copy nature – I am copying my imagination.”

Ben-Simhon was born in Fez, Morocco in 1947, his family immigrated to Israel upon the establishment of the state of in 1948. The artist grew up in the historic city of Jerusalem. He also served in the Israeli army before joining a group of friends to establish Kibbutz Eyal.

Israel was also the location of Ben-Simhon’s extensive art education. In 1986, he studied at the acclaimed Avni Art Institute. In the next following years he immersed himself into the world of contemporary art at the highly acclaimed Kallisher Institute. Ben-Simhon soon became fascinated by the Fauvist and Cubist painters of the 19th Century, particularly by Picasso and Mogdigliani .Their influences are readily apparent in his paintings. His work is a balance between figurative and abstract, a perfect marriage of beauty and complication. Today, Avi Ben-Simhon has become a highly collectible painter whose works can be found in private and corporate collections around the world. His collectors adore the bold lines and colorful harmony of his art which evokes a feeling of hapiness and hope.

Artist technique
Avi Ben-Simhon, is considered one of the rising stars in the art world by highly accredited publication “Art business news”. Avi has come up with a revolutionary technique in the creation of mixed media collages. First he carefully chooses the clippings from hundred of magazines which are layered on steinbach paper.Then Avi paints using a material he created. His unique paint absorbs the images from the magazines below and brings them to the surface. The final result is an outstanding world of colors, images and textures within every single brushstroke. His traditional style imagery with a contempory edge makes ben-Simhon’s masterpieces one of a kind. 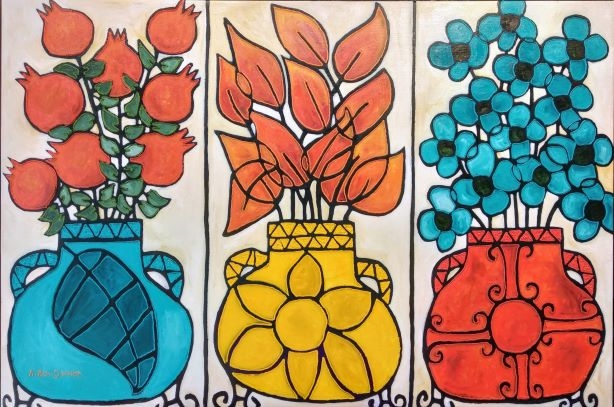 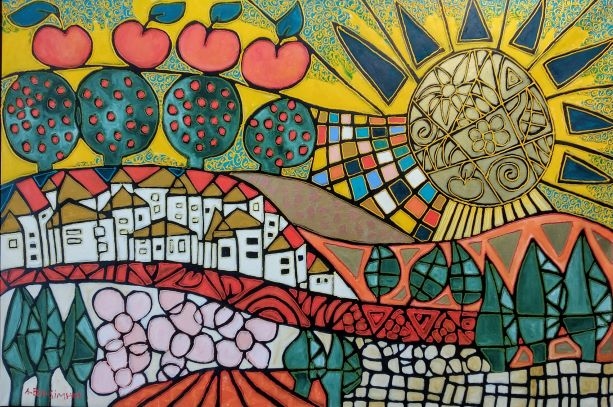 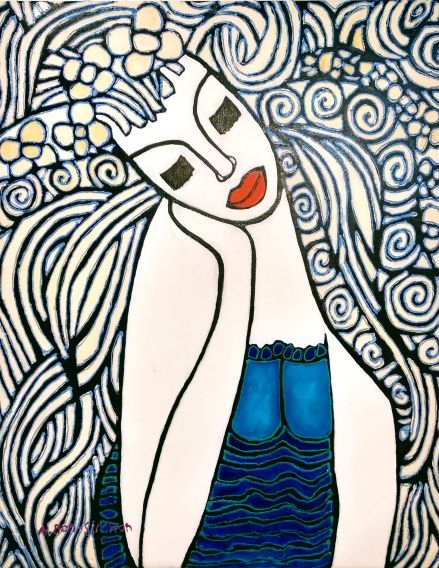 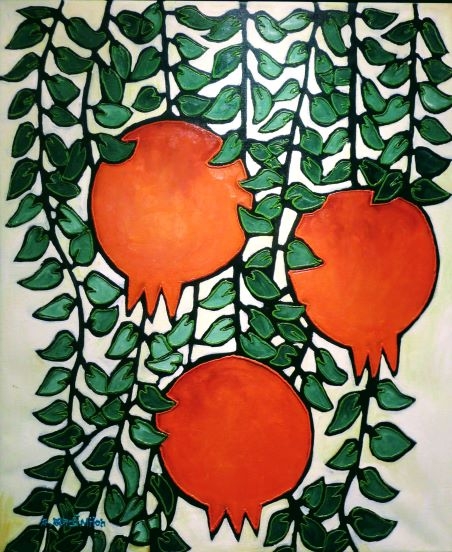 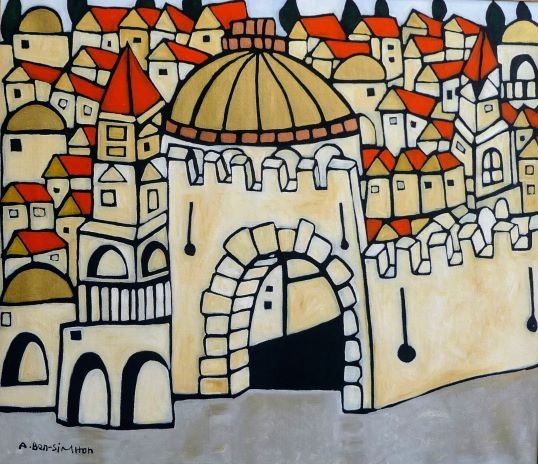 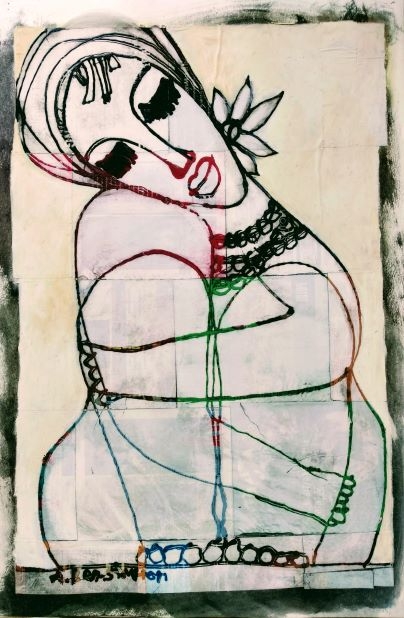 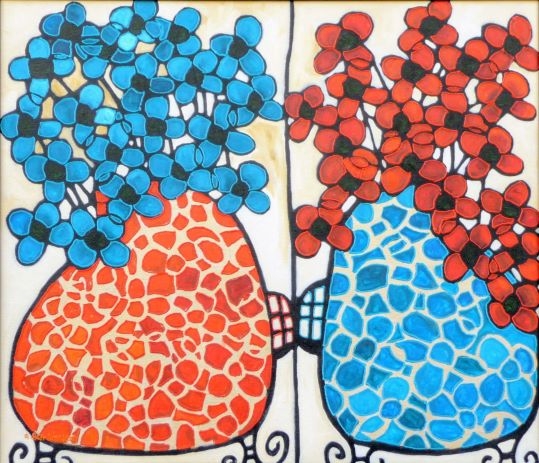 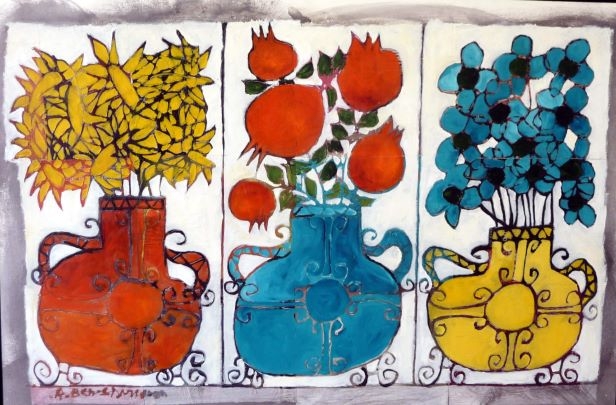 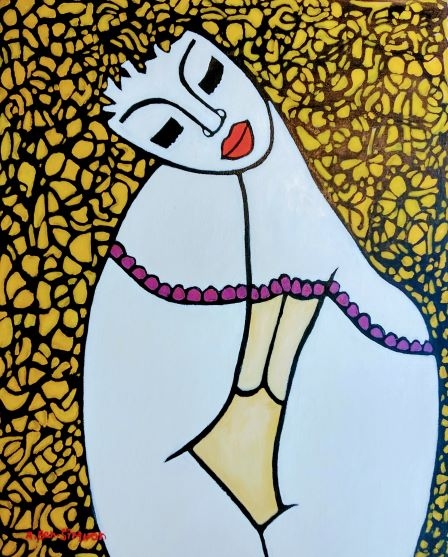 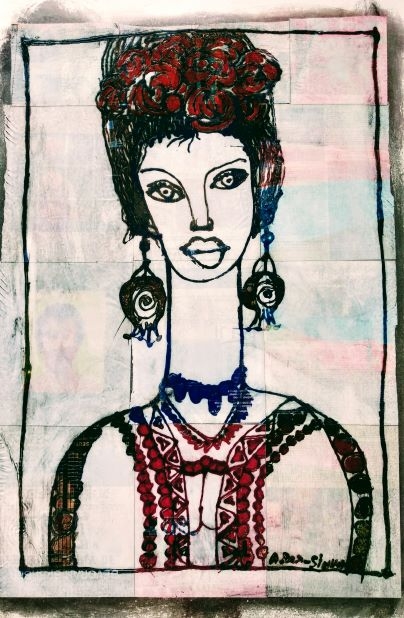 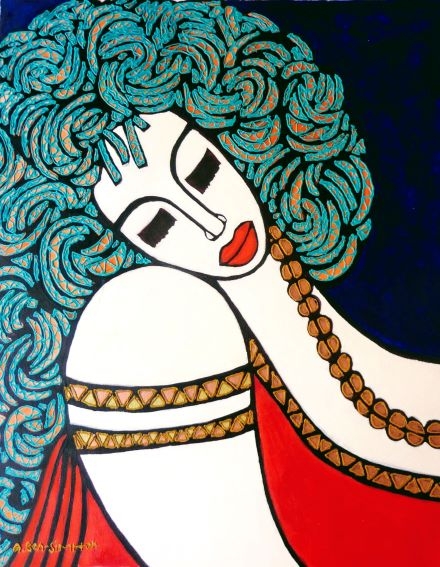 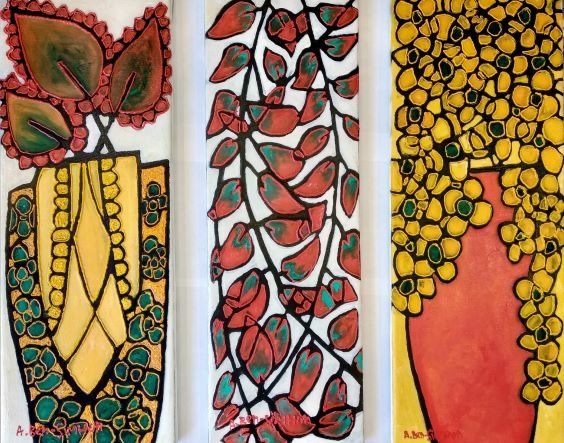 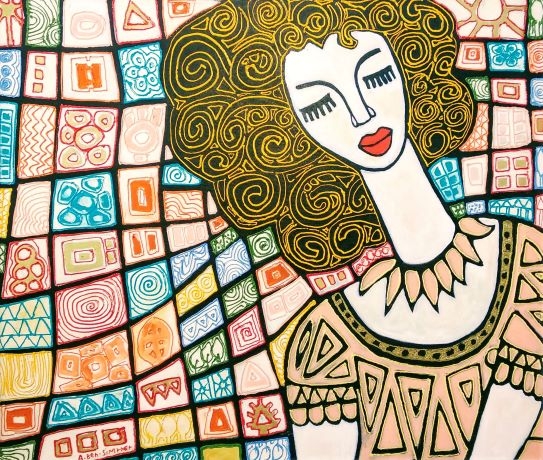 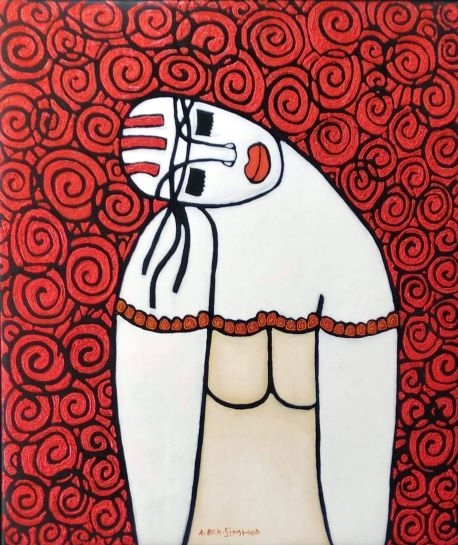 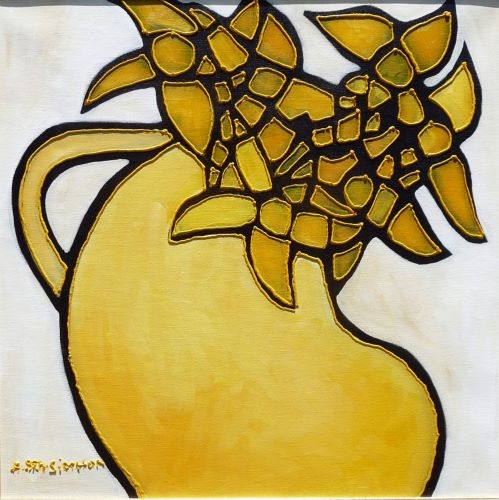 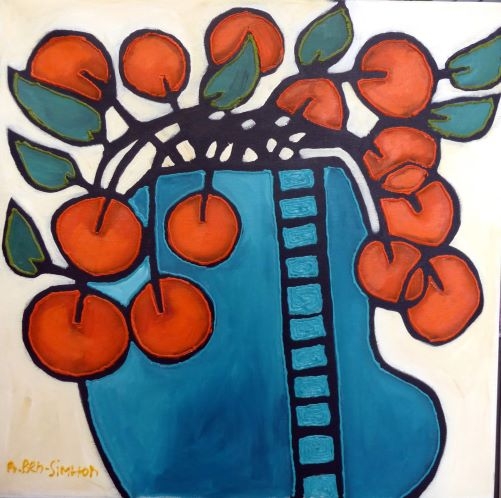 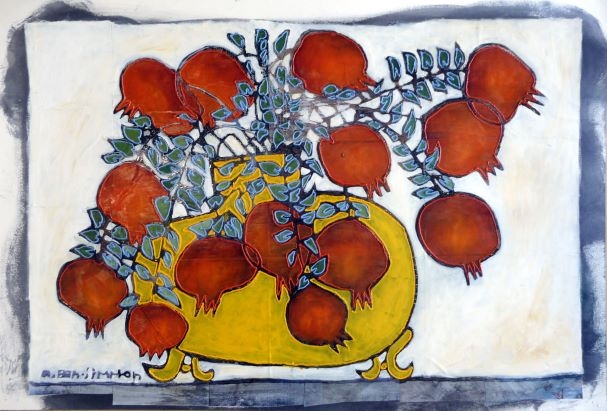